History Of The Hidden Wiki

The first Hidden Wiki was hosted at 6sxoyfb3h2nvok2d.onion as a Tor Hidden Service, but the site is no longer working.

It first started in 2007 as a uncensored collection of links to the dark web on the Tor network.

Also in 2007 the domain HiddenWiki.com was registered.

From 2011 the Hidden Wiki was hosted on another .onion tor hidden service domain, but got hacked and shut down in 2014.

There is no completely official Hidden Wiki, but HiddenWiki.com is clearly one of the oldest domains with links to the dark web.

Many other sites on the dark web and also on the clear web now claim to be the official Hidden Wiki.

It is important to note that many of the list many inactive and outdated old dark web links, since darknet sites rarely exist for a very long time. 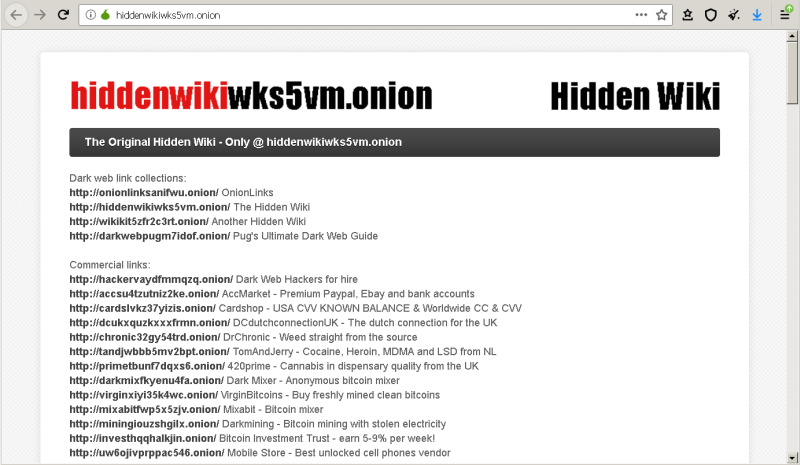 Some first versions of the Hidden Wiki on the Tor network have been completely censorship free, so they listed many crazy and illegal links.

But most websites currently named Hidden Wiki do not list those sites anymore, since they are illegal and few people want to support those things.

Those early HW’s were hosted on the MediaWiki platform, and anyone could edit, add and remove hidden service links.

But this usually resulted in chaos and many spam links and links to illegal content most people did not want to see.

This is why HiddenWiki.com is moderated and we selected only authentic and trusted darknet sites for our directory.

All the links on this site have been verified to be safe to surf and as long as you do not buy anything there.

In 2011, the darkweb and the Hidden Wiki was talked about for the first time in mainstream media.

Mainly because of the drug marketplace The Silk Road, which was created in 2011 by Dread Pirate Roberts, or his real name Ross Ulbricht.

The gawker published an article about the Silk Road Marketplace and this made the website famous and well known by many around the world.

It was also the time bitcoin spiked for the first time after everyone realized that it was possible to buy drugs on the dark web with bitcoin.

But then in 2013 The Silk Road server got seized, and Ross Ulbricht arrested and sentenced to 2 x life in prison plus 40 years.

In 2013 the dark web lost around 50% of its websites when Freedom Hosting, a Tor hosting provider got seized by law enforcement.

It was run by Eric Eoin Marques who later went to jail for many years for hosting illegal content.

Some of the illegal sites he hosted did go down directly when he got arrested, but other sites stayed online so law enforcement could install javascript exploits on them to infect to infect and de-anonymize the users of those websites.

Future Of The Hidden Wiki

We want to help users of the dark web to always find active and interesting dark web links.

In 2022 we will have some big updates ready.

If you want to help us with this, then please share the link to HiddenWiki.com with your friends and other people interested in browsing the dark web.